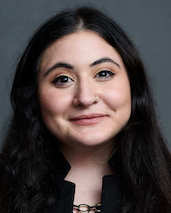 Harjeen Zibari is a trial attorney. Harjeen’s practice specializes in cases that are in active litigation whether they are in state court, federal court, or arbitration. Regardless of what stage the case is in, her ultimate goal is seeing them through trial. She has experience with a variety of claims, which include Title VII of the Civil Rights Act of 1964, the Americans with Disabilities Act (ADA), the Age Discrimination in Employment Act (ADEA), the Fair Labor Standards Act (FLSA), and the Texas Labor Code. Harjeen appreciates that with every client comes a unique story and experience worthy of compassion and zealous advocacy.

Harjeen has always been dedicated to the fight for justice and has represented clients in courts across Texas. Prior to joining the firm, Harjeen worked at a nonprofit organization as a criminal justice reform attorney, where she represented low-income Texans who faced incarceration solely due to their inability to afford court costs and fines. Outside of the courtroom, Harjeen advocated at the state and local level for criminal reform bills and measures, including testifying at the state legislature. She also worked on large-scale civil litigation matters dedicated to bail reform, immigration, and homelessness.

For law school, Harjeen attended the University of Texas at Austin School of Law, where she graduated with pro bono honors for completing over 100 hours of extracurricular pro bono service. She provided pro bono assistance such as wills and estate planning, expunctions, special education advocacy, Deferred Action for Childhood Arrivals (DACA) renewals, and name and gender marker changes. While in law school, Harjeen was a student attorney in the Civil Rights Clinic and the Criminal Defense Clinic. Harjeen continued to compete in moot court at the law school level and was selected to participate in UT’s annual Hutchinson Moot Court competition, further developing her advocacy skills.

Harjeen also served as the Peer Mentorship Coordinator for Texas Law’s Women’s Law Caucus, focusing on expanding the school’s mentorship opportunities for first-generation women of color like herself. Additionally, Harjeen served as Managing Editor of Publication for the Texas International Law Journal, which honed her legal writing skills and her attention to detail. In recognition for her successes in law school, Harjeen received distinctions as a Farris-Cisneros Scholar from the Travis County Women Lawyers Association (TCWLA) and as an Access to Justice Scholar from the National Association of Women Judges (NAWJ).

Harjeen is currently licensed to practice law in Texas, and is admitted to the Western, Northern, and Southern Federal District Courts of Texas. She is fluent in English and Kurdish.

Lenguages
English and Kurdish
Practice Areas
Submit Your Case
Client Reviews
★★★★★
Mr. Wiley thoroughly reviews my documents and gave me great advise and put my mind at ease at a touch time. Easy to schedule and great office staff. A.S.
★★★★★
Honestly in providing options for cost/benefit of moving forward with litigation. Provided insight into Texas and Federal laws and how they would or would not apply. C.H.
View More
Submit a Law Firm Client Review