COVID-19 UPDATE: What We Are Doing to Protect Our Clients
Fighting for Workers' Rights
Contact us for a consultation
Home
Attorneys
Fadi Yousef 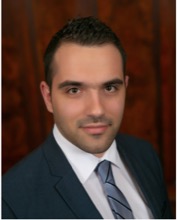 Fadi Yousef is a trial attorney in the Dallas office of Rob Wiley, P.C. Mr. Yousef practices employment and labor law. He represents employees with claims related to Title VII and disability discrimination, sexual harassment, family and medical leave, fair and equal pay, retaliation in the workplace, and other employment issues. Mr. Yousef represents his clients in Federal and State courts, as well as administrative agencies like the Texas Workforce Commission (TWC), the Equal Employment Opportunity Commission (EEOC), and the National Labor Relations Board (NLRB).

Mr. Yousef grew up in Damascus, Syria, where he earned his LL.B. law degree from the University of Damascus in 2012. After graduation, Mr. Yousef moved to the United States and worked in business management for a number of years. Shortly thereafter, Mr. Yousef attended Texas Tech University School of Law, where he earned his LL.M. Master’s degree in U.S. Legal Studies in 2016. Mr. Yousef earned the Top-Grade Award in Legal Research and Writing, and Distinction Awards in Constitutional Law and Professional Responsibility.

In addition to English, Mr. Yousef is a fluent speaker, reader, and writer of Arabic language. Mr. Yousef enjoys playing and watching sports in his free time, and was a member of the Texas Tech Law soccer team while in law school.

Mr. Yousef strives to offer his clients the best representation possible, and is proud to have elected a career in which he can fight for the civil rights of his clients.

Awards and Honors
Avvo’s Client Choice Award, 2019
Texas Super Lawyers Rising Stars, 2020
Practice Areas
Submit Your Case
Client Reviews
★★★★★
I would recommend the Law Office of Rob WIley, P.C. to anybody needing assistance with employment rights. They did an incredible job of handling my case professionally and in a very resonable time frame. In my initial consultation with Rob Wiley I was given a very straight forward analysis of my claims after which Fadi Yousef was the attorney assigned to my case. Working with Fadi was the best. He showed care and a true concern for the direction and result of my lawsuit. Fadi was always available and was in constant communication with me throughout. I thank Fadi Yousef, Rob Wiley and his team for doing a phenomenal job, they were an absolute pleasure to work with. R.G.
★★★★★
Rasha, Eric and Rob did it again a Second time around! I'll admit, they are truly the BEST employment lawyers out here in the Metroplex! Not only they won a case against my previous employer, they also won my unemployment insurance (UI) case as well! It is such a relief and a huge burden off my shoulders about not worrying how I'm going to pay my bills now and provide food for my family. I can't say enough how awesome they are and how far they go to make sure you are taken well care of. Thank you so much Rasha, Eric and Rob for all that you did for me! J.T.
★★★★★
Rasha Zeyadeh and Rob Wiley provided a very professional and comfortable experience. My case was tough being in Texas, but, Rasha worked very closely with me to get the best result possible. She was extremely open to listening to my concerns and suggestions, while using her expertise to guide me to the best result in my case. I would definitely recommend Rasha and Rob Wiley if you are in need of their type of service. I will use them again if needed! K.G.
View More
Submit a Law Firm Client Review