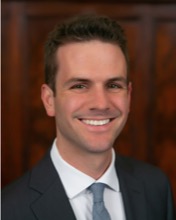 Eric Dama represents employees in legal disputes against employers. Mr. Dama is an attorney in the Dallas office of Rob Wiley, P.C. He joined the Firm in 2014. Mr. Dama has been selected by Texas Super Lawyers Magazine as a Texas Rising Star in 2017, 2018 and 2019. This honor is bestowed on the top 2.5% of Attorneys under the age of 40.

Mr. Dama earned his law degree from Baylor University School of Law, where he completed Baylor’s renowned Practice Court program. There, Mr. Dama received extensive litigation and trial training from some of the best trial lawyers and judges in the country. To further enhance his skills, he also competed on advocacy teams in the Harvey M. Richey Moot Court Competition and the National Sports Law Negotiation Team in San Diego, California. On the Immigration Law National Moot Court Team at the New York University Immigration Competition, Mr. Dama and his teammates were semi-finalists and earned the award for Best Brief.

Mr. Dama is licensed to practice law in the state of Texas. He is admitted to practice in all Texas state courts, as well as federal courts in the Northern and Eastern Districts of Texas. Additionally, Mr. Dama is a member of the Dallas Bar Association – Labor and Employment Section, and the Dallas Young Lawyers Association. He is also a member of both the National Employment Lawyers Association as well as the Texas Employment Lawyers Association. Mr. Dama graduated summa cum laude from the University of Oklahoma with a bachelor’s degree in Journalism. He graduated from the OU Honors College and was a President’s Community Scholar. He was also a member of Phi Beta Kappa, the oldest academic honor society in the country.

With years spent writing for the university newspaper as well as city newspapers in both Texas and Oklahoma, Mr. Dama utilizes his natural storytelling ability to relate his clients’ stories to the appropriate audience. Mr. Dama spent time writing for the Oklahoma Daily, the Norman Transcript, and the Plano Star Courier.

An alumnus of Dallas' Jesuit College Preparatory School, Mr. Dama also believes in service to the community. He has volunteered at Austin Street Center, an emergency homeless shelter, and previously at numerous organizations including Big Brothers/Big Sisters of Oklahoma and as a mentor in the Waco, Texas community at a local elementary school.

Contact Us
Practice Areas
Submit Your Case
Client Reviews
★★★★★
I would recommend the Law Office of Rob WIley, P.C. to anybody needing assistance with employment rights. They did an incredible job of handling my case professionally and in a very resonable time frame. In my initial consultation with Rob Wiley I was given a very straight forward analysis of my claims after which Fadi Yousef was the attorney assigned to my case. Working with Fadi was the best. He showed care and a true concern for the direction and result of my lawsuit. Fadi was always available and was in constant communication with me throughout. I thank Fadi Yousef, Rob Wiley and his team for doing a phenomenal job, they were an absolute pleasure to work with. R.G.
★★★★★
Rasha, Eric and Rob did it again a Second time around! I'll admit, they are truly the BEST employment lawyers out here in the Metroplex! Not only they won a case against my previous employer, they also won my unemployment insurance (UI) case as well! It is such a relief and a huge burden off my shoulders about not worrying how I'm going to pay my bills now and provide food for my family. I can't say enough how awesome they are and how far they go to make sure you are taken well care of. Thank you so much Rasha, Eric and Rob for all that you did for me! J.T.
★★★★★
Rasha Zeyadeh and Rob Wiley provided a very professional and comfortable experience. My case was tough being in Texas, but, Rasha worked very closely with me to get the best result possible. She was extremely open to listening to my concerns and suggestions, while using her expertise to guide me to the best result in my case. I would definitely recommend Rasha and Rob Wiley if you are in need of their type of service. I will use them again if needed! K.G.
View More
Submit a Law Firm Client Review